Also take a look at his tutorial.

Points out that K8s is all about servers. But Knative hides that.

Asserts Knative ticks all these boxes.

Gave a bit of Kubernetes Background

How K8s uses a Service with a stable IP… 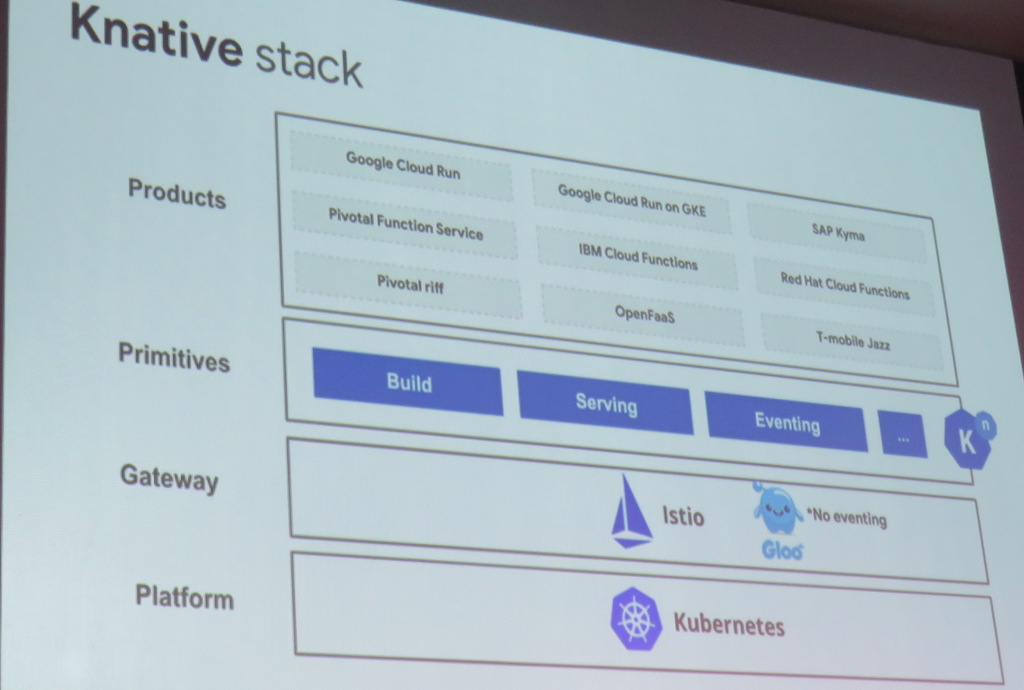 Uses Istio for network, but he feels Istio is too heavyweight for what they use it for, so they now use Gloo, but even he did not know what that is. (This space is moving so fast).

Cloud Run or Cloud Run on GKE or Knative Everywhere

A bunch of steps at the command line, mostly with kubectl.

The different parts of knative run in different namespaces.

One part is Knative Serving? 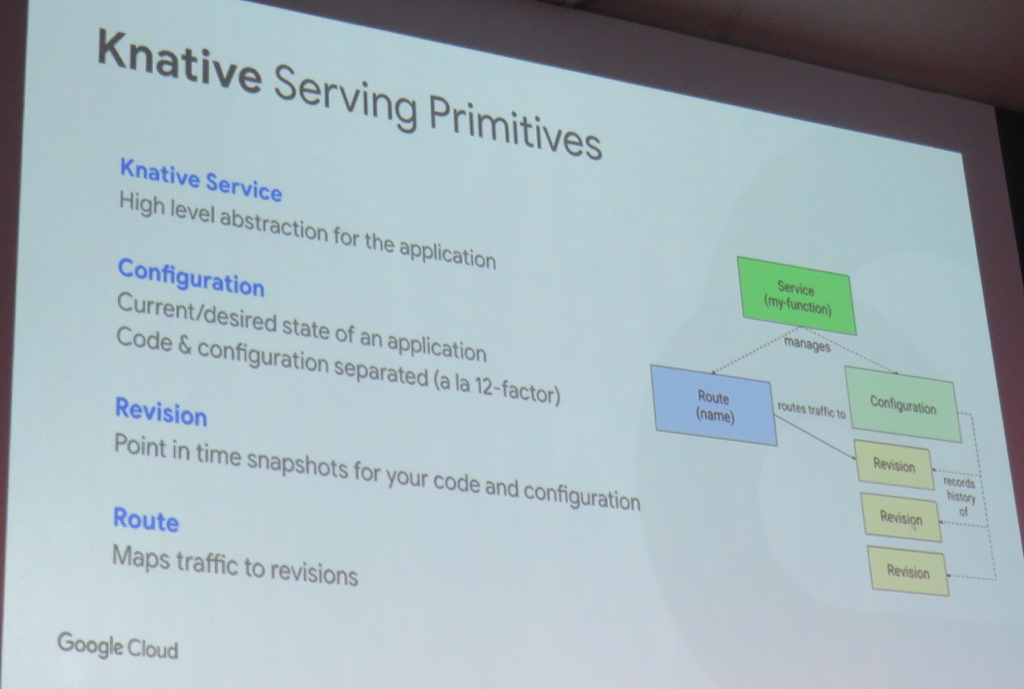 Going through steps in tutorial

Before we’ve even seen any functions, we have a ton of network stuff to do. I would like to see the Dockerfile for the helloworld-csharp C# Service.

It’s been a while since I worked with Fn, but Knative seems to have a lot more friction. For example, the Fn command line tool builds the docker container around your function for you. Here you appear to have to do that yourself.

He used the term “traffic splitting” instead of “blue green” or some other term.

I don’t understand whey he is doing a bunch of kubectl apply to set it up instead of them having Helm chart(s) for this. I can understand using apply for quick updates when the service is already deployed and you want to update it.

He didn’t mention anything about the overhead, if any, of C# in a serverless environment.

Showed how annotations are used to convey autoscaling.

Learned that you can put a comma separated list as the argument to kubectl get.

Connect producers to consumers with stuff in the middle.

Example 1 was not interesting.

All of his examples are in C#. Is that the only language supported?

Enables you to build and push the images within your K8s cluster. This is a novel idea. I talked to Edson Yanaga last night, he was saying this is the thing that makes Jenkins obsolete.

RedHat has a tutorial on this