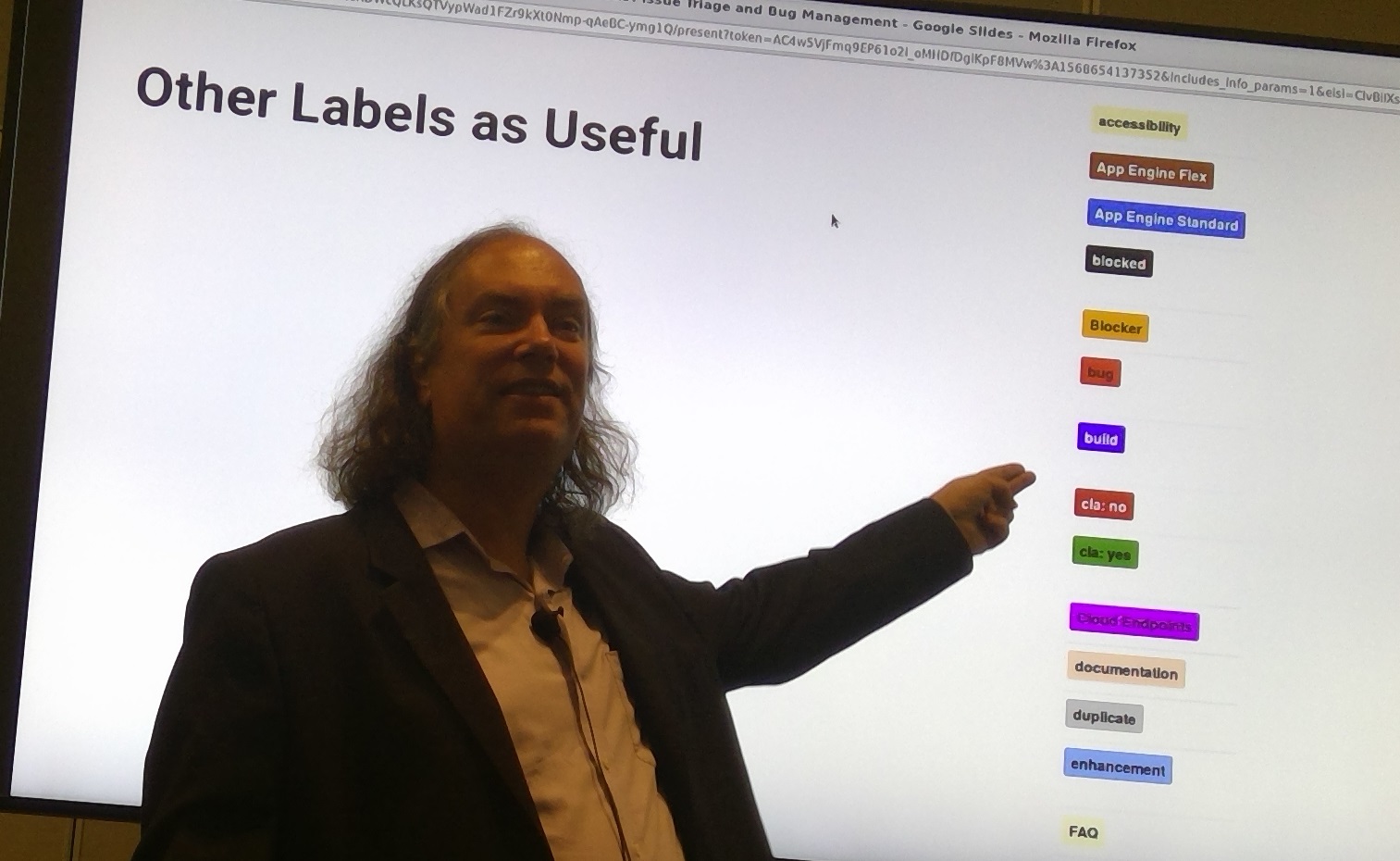 Every non-trivial problem belongs in the tracker

No TODOs in code

If you must use a TODO, have it be a link in the bug tracker

Make it as easy as possible to file bugs

What to do with the issues once they come in?

“Google doesn’t do a good job of” pushed.

He thinks 5 levels is good. He also doesn’t think it’s worthwhile to separate severity and priority.

When there are too many bugs to handle

Do not declare bug bankruptcy! Do not close bugs due to inactivity

Anti patterns that cause bug bankruptcy