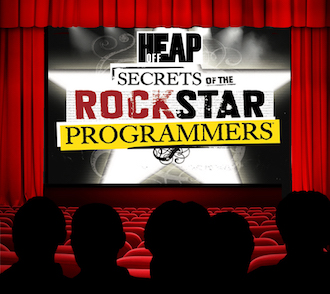 I'm very pleased to announce the continuation of my "Secrets of the Rockstar Programmers" project in the form of a podcast. This latest stage in the project is delivered using a guest-episode format graciously hosted by my good friends at The Java OffHeap Podcast.

The episodes will be a part of an occasional "Mark and Sweep" segment where I will join the OffHeap gang to revisit and discuss audio clips of his interviews with some of the early 21st century's top enterprise programmers. This occasional guest segment will include interviews from my 2008 McGraw-Hill book "Secrets of the Rock Star Programmers" as well as new interviews with contemporary experts. The gang and I will reflect on the observations in the interview in the contemporary context.

In the first episode, Freddy and I review the interview with James Gosling, "Father of Java". Topics explored include the subversive origin of Java, the benefit of starting in a new field as it is maturing, the origin of creativity, and the importance of telling signal from noise.

Please use any of the following buttons to get the show.