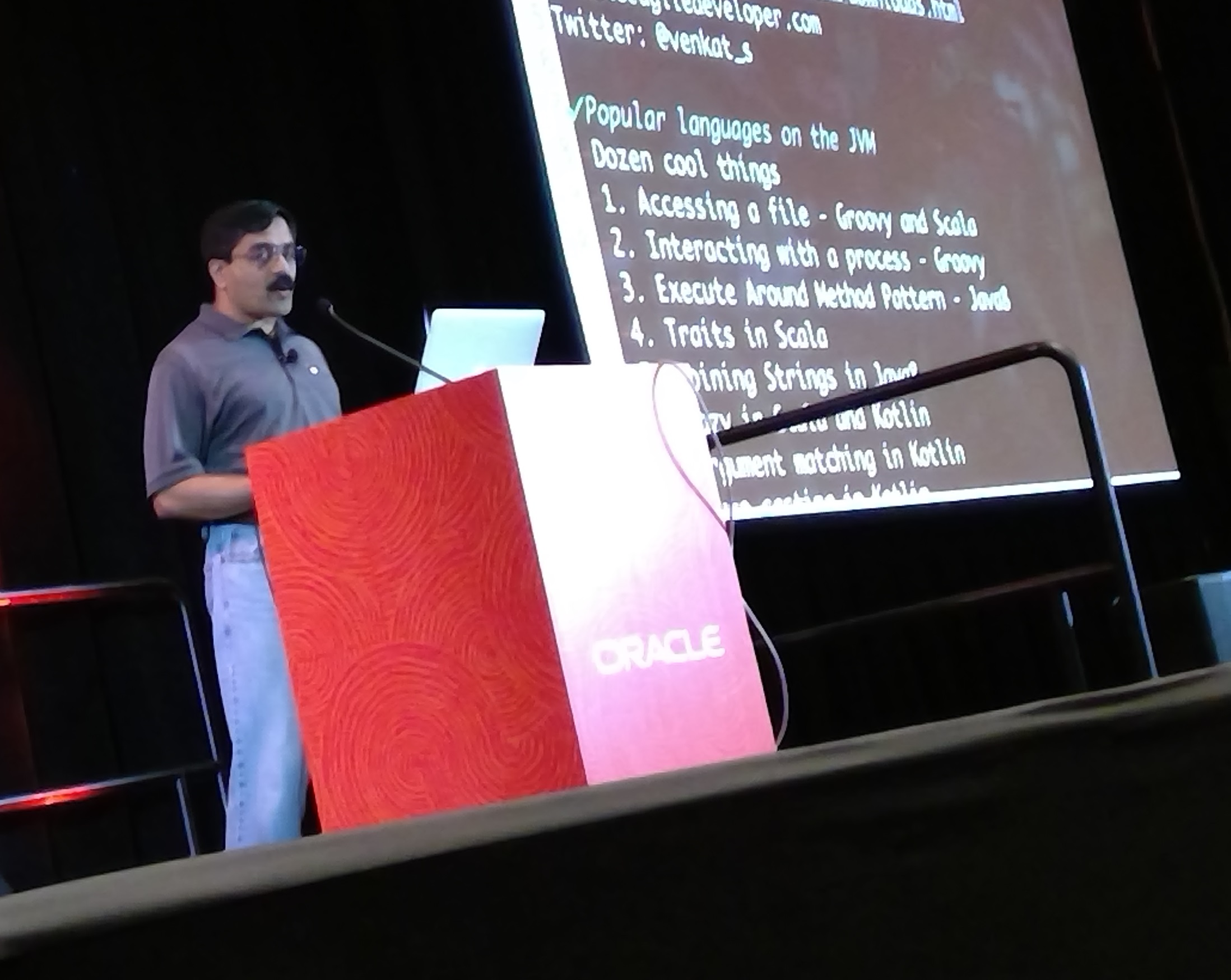 Showing how to do simple file io in different languages.

Interacting with a process

Why is this more Java than others?

I tuned out to get the picture above, but when I looked up it was still Java language. For example, autoclosable. Showed how to use a factory method that applies the “execute around method” pattern, but without any annotation stuff.

In Scala it is the loan pattern.

This is useful for policy enforcement. “One of my most favorite patterns in programming”.

Compiles down to an interface. What’s the big deal? How does this differ from default methods in interfaces? Traits can be “stackable”. You can take multiple traits and stack them for a given object. When you call a method on a trait, if it’s not implemented it goes up the chain. Seems like the Action Responder chain in Objective C.

This leads to the ability to do “mixins”.

Print a list of strings, in uppercase, that are of length 5. 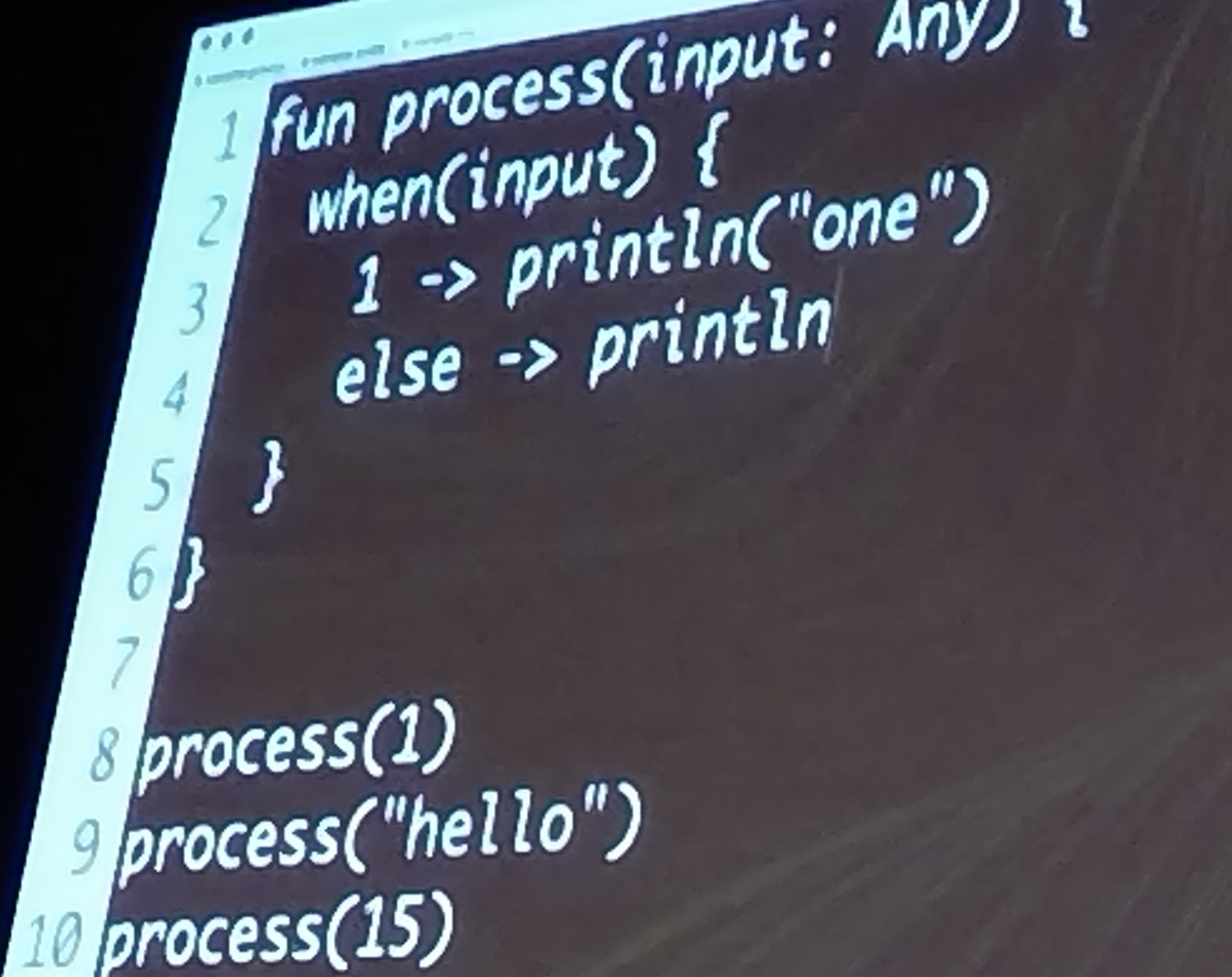 I am pretty sure Venkat should take up stand up comedy. 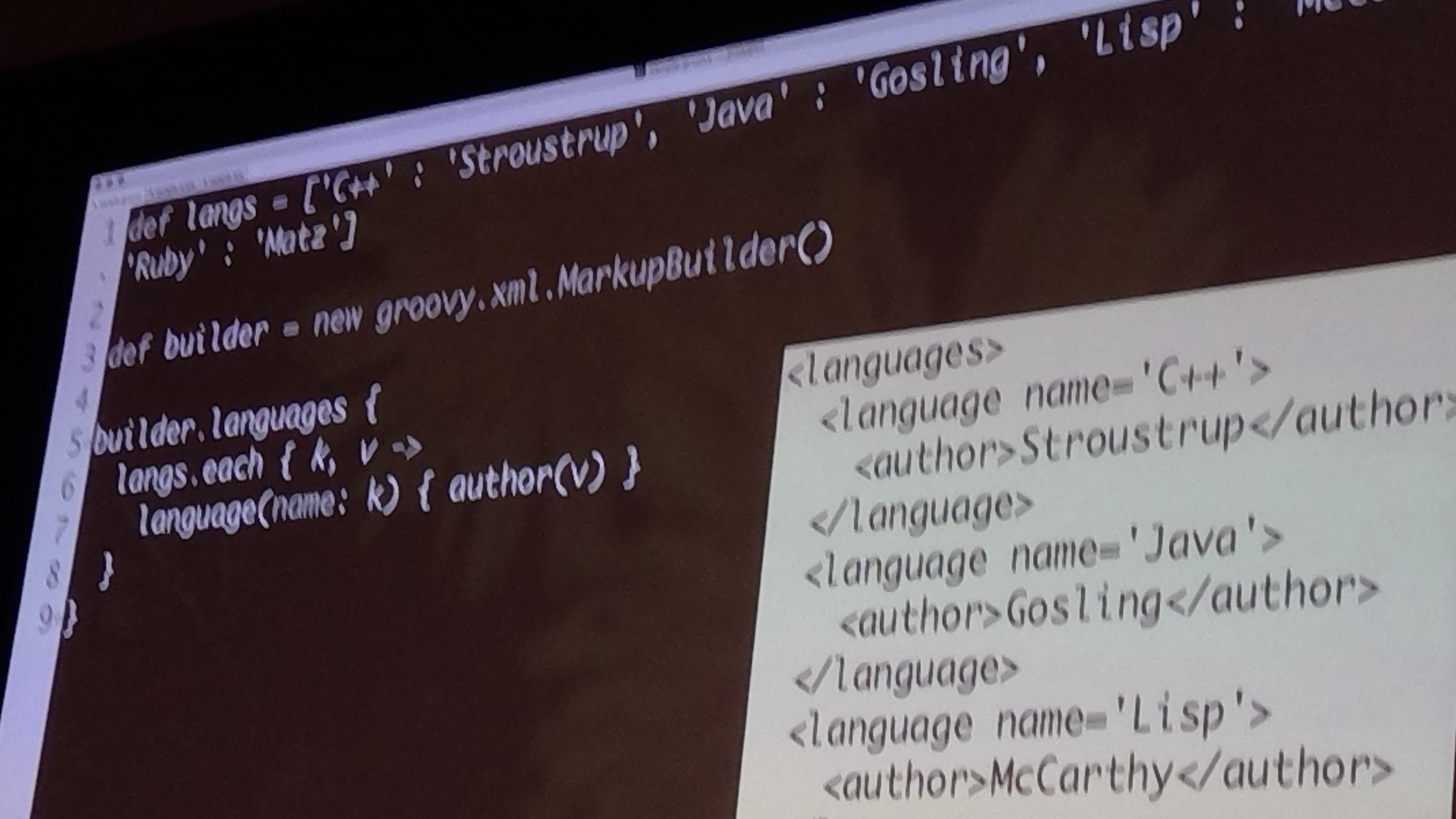